It’s been a long time since I’ve tried Chinese food, but after Rolfing it finally came back to me and I wanted some ASAP. What got my attention was that they had won the Michelin Guide awards. This is unusual because Chinese food is usually cheap and not as diverse in its eating options. Judging by the look of the menu of minecraft food tier list, it felt like most of their dishes were heavily-spiced with soy sauce and sugar.

This dish is pretty standard, but the tofu was incredibly fresh and soft, and the pickled vegetables were crunchy and tangy, which made it perfect for eating off the skin. The noodles complimented the dish well but I wished there was a bit more of it. In comparison to other dishes, I would have liked it if this dish had a bit more prosciutto or something on top of it (maybe some minced chicken), since I can’t really taste much meat in this 1/2L portion of soup.

These are steamed pork dumplings, fried and then sauteed with a little egg. There’s not much batter on it, but the filling is good – a bit sweet and spicy with a little bit of grease. This dish is just very standard in general. I don’t really need to complain about that!  The only thing is that they aren’t har gow (which have larger chunks of meat in them) as you can see in the picture above, but rather small dumplings.

This is probably what you have heard of if you’ve ever heard of Chinese food. A whole duck that is boiled, fried, cut into thin strips and served with pancakes and sauce on the side. The skin itself was really good – crispy with fat but not too oily. The meat was a bit too salty for my taste but I won’t complain because it’s not too bad!

So this is the dish that I was most excited about because the name of it suggests that there would be a lot of garlic in it! Maybe I will order some more next time… This dish is basically sautéed garlic in a soy sauce-based sauce with some scallops. It doesn’t really have a distinct taste, but it’s also not too bad because it has a little bit of garlic/soy/scallop taste. It was also pretty healthy for me – the only thing that I had to dip some bread into!

This dish was basically stir-fried pork (I think it was pork), with the same sauce as the scallop, with some green vegetables on top. The pork was also very tender and there was no oil in the stir-fry. This dish is probably the healthiest on the menu since it has the least amount of carbs, fat, and oil.

This dish was definitely different than other Chinese dishes that I’ve had! It’s basically sautéed with some ginger and garlic in a black sauce with a little bit of chilli into a red sauce… I don’t know how to explain it but it tasted pretty good! They brought me more of this which makes me happy 🙂

This dish is just sautéed tofu in a spicy paste with a little bit of sesame and shitake mixed in. It’s pretty standard as far as its taste goes, but the texture is interesting – your mouth feels like you are eating tofu mixed with something else (maybe ginger & garlic?). I tried it with some rice and it was good, but there were too many calories in this portion so I probably wouldn’t order this again.

This dish included some more prawns and sea cucumbers but it has a very different sauce than the previous. It includes a yellow sauce with a little bit of pork and maybe some chilli peppers. I didn’t try this dish because I had just tried the squid but as I was eating it my friend kept on saying that it was even better!

This dish is mushroom mixed with tofu, and probably some other things in a soy sauce-based sauce served over rice cakes (tasted like zucchini). It’s pretty basic but I really liked the sauce – it wasn’t too salty and had a unique creamy taste to it.

This is another dish containing tofu but this time you can taste more of the tofu and less sauce. It’s common to see tofu in Chinese dishes because it has a lot of protein and is versatile (in terms of flavors that you can mix with). 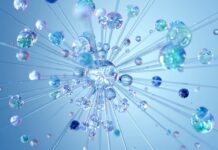 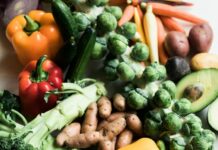 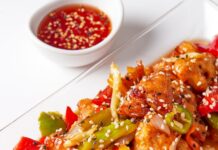