APIs are incredibly useful because they allow applications to talk to each other without manual intervention. They are used in almost all apps, software, and applications, and we interact with them without realizing it. Because they are crucial data pipelines, they can be targeted by malicious actors. This risk increases by an order of magnitude the more open it is and the more data it exposes to anyone with access to its endpoints. Understanding this, how can businesses protect their APIs, ensuring they are always secure?

All API calls should happen through an HTTPS connection and should only expose HTTPS endpoints. Doing so ensures all communication to and from the API server is encrypted using SSL/TLS. Such secure connections and endpoints allow authentication and protection of API credentials while reducing the risk of traffic sniffing attacks such as man-in-the-middle attacks.

We know some people will manipulate API request URLs to see if there are any vulnerabilities there. To reduce these types of risks, an API developer should configure their API to reject any method not specified when building the API. Doing so eliminates the risk posed by malicious clients and misconfigured requests that can perform actions that are not allowed within the API specification and the level of access a specific user has.

Testing is an important part of ensuring apps, software, and websites are always secure. This testing should also extend to your APIs. To build a perfectly secure system, you have to test your APIs before failure.

Doing such testing helps you discover vulnerabilities before anyone can take advantage of them. It also shows you how much control you have over the system, and it is this control that enables you to rectify things when a failure occurs.

Although it is used in other cases such as to simulate hardware failure, chaos engineering can be incredibly useful in ensuring your APIs are secure. Chaos engineering involves introducing a controlled failure in an environment, in this case an API, to learn how it behaves under different conditions.

By simulating failure and observing what happens and what vulnerabilities appear, API developers can put measures in place to see how a system can withstand threats while live and reduce the chance of damage once such threats and failures appear.

Trim the Data Being Shared

APIs can contain passwords, keys, and other crucial information that can be exposed if not removed before the API is made available to the public. Organizations should ask their developers to double-check their APIs and use various security scanning tools to ensure there is no unintentional exposure of critical information.

Dedicated denial of Service (DDoS) attacks are an unfortunate reality of using the internet and its various transfer protocols. Rate limiting stops any subsequent requests from one source after some point, say 100 requests per minute, and can help reduce the risk of DDoS attacks that can bring an API service down.

Securing your APIs is crucial if you would like them to continue performing as expected. Fortunately, there are well-understood and documented ways of doing so, and these should be things every API developer understands. 10 Secrets No One Has Told You about Saas Supplier 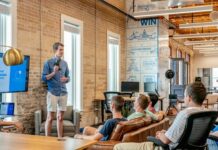 You Never Thought That Knowing About Nose Jobs Could Be So Beneficial! 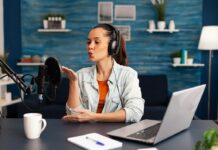