Just like other hard drive manufacturers, such as Western Digital (WD), Seagate has also produced several hard drives and other gaming devices specially for Xbox console users. Since they are exclusively designed for gaming, those drives all adopt the very latest disk technologies. They are fast, high-capacity, small, lightweight, and portable.

You may be running out of space of your current Xbox external hard drive. Or, you may be bored at the additional disk for Xbox you are using now. Anyhow, knowing the advanced Seagate game drive for Xbox, you probably want to upgrade your hard drive with it. If so, you can easily achieve this with the help of MiniTool Partition Wizard, a professional and reliable hard disk copying software.

What Are the 6 Seagate Game Drives for Xbox?

The six kinds of Seagate game disks include 4 HDDs and 1 SSD. They are just introduced below.

This is an external large-capacity hard disk drive (HDD) for playing games on Xbox one Series X and Xbox One Series S. it provides two choices on storage capacity, 2TB (STEA2000403) and 4TB (STEA4000402), with each 2TB can hold more than 50 titles.

Using USB 3.0, the read speed of this type of hard disk can reach up to 140 Mb/s. featuring the classic green design of the original Xbox logo and Seagate logo, it is suitable for plug-and-play situation and no power cable needed.

This is the only solid-state drive that are specially designed for Xbox game console by Seagate. As an SSD, it offers 500GB (STHB500401), 1TB (STHB1000401), and 2TB (STHB2000401) all three options for its buyers. Also, as an SSD, this sort of hard drive can boot games much faster with full-throttle than HDD.

This external SSD is of shock-resistant, lightweight design with a sleek black finish to complement the Xbox One X. Also, if you purchase one of this series of SSDs, you gain free access to 100+ video games with 2-month of Xbox Game Pass membership.

Unlike the above drives, this special disk only provides a fixed 2 TB (STEA2000424) disk capacity. That is, you can store 50 plus games in this portable device. The easy USB 3.0 setup enables installation in minutes. This kind of hard drive can be applied on Xbox One, Xbox One X, Xbox One S, and Xbox 360.

As for appearance, the Gears 5 SE features the frozen Crimson OMEN emblem, includes ice block Lancer weapon skin and supply drops stacked with random goods. In general, its color is black and gray.

Moreover, if you buy this type of HDD, you can enjoy extra 1-month access to Gears 5 and 100+ wonderful games with Xbox Game Pass.

This pure white special disk also provides both 2TB (STEA2000417) and 4TB (STEA4000407) capacities for game players like the Green one. With it, you are able to experience no lag gaming and full throttle performance.

Featuring a deluxe white design, this Seagate game drive for Xbox is the perfect accessory for any gaming setup and its compact, travel ready form factor means the adventure can go anywhere. Finally, 1 month of Xbox Game Pass Membership is packed into the purchase.

This is also a game-theme hard drive, which only has 2TB (STEA2000426) choice for Xbox users. It features iconic looks with the mask of a Star Wars purge Trooper. Generally, the color of this series of disk is black and red.

This special edition makes use of the same firmware as Xbox consoles for high performance and seamless gameplay. It works with Xbox One, Xbox One X Series, as well as Xbox One S Series.

This game special edition also offers only 2 TB (STEA2000428) storage space for its customers. Its futuristic design, unparalleled look and feel of the CyberPunk 2077 universe, attracts thousands of CyberPunk fans.

What Are the Seagate Gaming Devices for Xbox?

Besides the above 6 Seagate gaming drives, there are 2 gaming devices developed by Seagate for Xbox.

This special expansion card can instantly expand the capacity of Xbox Series X or Xbox Series S. When you insert this storage card into any Xbox Series X/S console, you are getting all the speed and performance Xbox has dreamed up, with no compromise!

Once plugged in, this power expansion card brings you with 1 TB of capacity expansion, seamless integration into the Xbox Velocity Architecture, and virtually no lag in power of speed when gaming from it.

This drive hub can contain 8TB, 200+ games, in total. With it, you can take care of your game storage needs easily and keep almost all your old games while getting any new title as you like.

Equipped with two front-facing USB 3.0 ports, the game drive hub makes it super convenient to charge your controllers, game drives, mobile devices, steering wheels, and so on other Xbox One accessories. 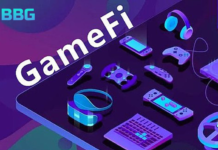 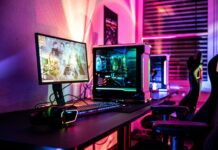